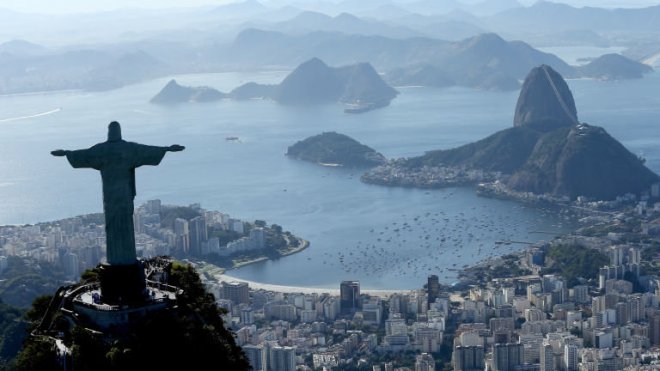 We are less than a week away from the Games of the XXXI Olympiad, or simply know as Rio 2016. The world is again welcoming its heroes and heroines, athletes from various countries are preparing to engage in peaceful combat, competing to crowned victors with visions and dreams to become the next Olympic legend.

My home city had the ‘privilege’ (allegedly having to pay millions for it!) to host this year’s game yet I’m profoundly saddened that the games have been (for a number of years) shrouded by allegations of corruption and crimes against humanity. No, I will not be celebrating nor watching the games despite being a sport enthusiast, my conscience would not allow me to sit and support athletes in sight of such violence and crime against fellow humans.

I feel for the athletes and I understand that they have an obligation to compete for their own subsistence, for their team and country. I sincerely hope for a peaceful and trouble-free event yet a quick look at the news, one starts dreading for the worse as the situation is far from ideal for both athletes and visitors. 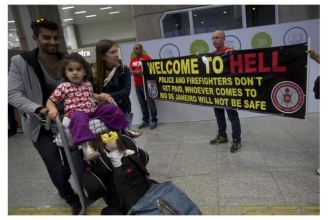 The truth is that for many years the Olympic Games have been embroiled in corruptions schemes, money laundry, doping scandals etc… Rio 2016 is not different even worse, it is a clear violation to human rights as stated in recent report.

A NYT article dated from the beginning of July called the upcoming Olympic Games in Rio a catastrophe and an unnatural disaster. On June 17, less than two months from the start of the games, the State of Rio de Janeiro declared a “State of Public Calamity”. The article says “That crisis is so severe, he (the governor) said, it could eventually bring about “a total collapse in public security, health, education, mobility and environmental management.”

According to report above released in November by an advocacy group that is monitoring the preparations for the Olympics, at least 4,120 families have arbitrarily lost their homes.  It says “In all cases, evictions occurred without residents’ access to information and without public discussion of the urbanization projects,” 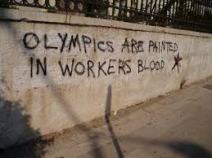 Sadly, I could just go on and on, not-stop, as news of abuse, human exploitation, corruption, nepotism, bloodshed, bad management of public assets, lack of safety, environmental hazards, (etc, etc, etc…) are all over the internet as well as traditional media. I dare to say that only someone with no human conscience would turn a blind eye on this blatant heinous crimes against the people of Rio and Brazil who have been robbed of their basic needs. Safety is also of great concern to athletes and tourists as the city in seized by gang wars and violence related to drugs trafficking.

Therefore I plead with you reader – PLEASE DO NOT SUPPORT THE OLYMPIC GAMES – in my home city! Let’s boycott it and demand accountability, transparency and honesty from the International Olympic Committee. Let’s demand our governments and politicians to investigate the allegations of corruption and human rights crimes.

I love sports, I live for them, I practice and promote a health living through clean food and sports. I must admit, I’m downhearted with the lack of respect from the IOC, some politicians and governments for fellow professional sports men and women, and the way they have been treating all of us – people. My heart goes to all those athletes competing even against their will. For the visitors who will not have a great time and yet will be exploited to pay fortune to watch and stay during the games with minimum or none safety. Still, I do hope none will lose their lives in the advent of the games.

sources – money and people.” We, the people, have more than ever the power to self-organise, we can turn this situation in our favour. We must demand and use our “flesh and blood” power!!!

And it is happening already! According to a recent article from The Guardian, many cities and countries are turning down and giving up their bids for lack of local support from their citizens among other things. Basically people are saying – We don’t want the games in our city/country! Oslo, Boston, Hamburg, Barcelona and many others. It’s about time for the IOC governance to come clean and review their values, ethics and change their leadership.

Read other articles related to Rio 2016 corruption and scandals below –

Corruption is killing the Olympic Games — or should

Revealed: the biggest threat to the future of the Olympic Games

(Disclaimer – all the information and data have been collected from various different sources such as The Guardian and The New York Times. All the opinions and views are my own)

2 thoughts on “Olympic Games – Are the gods pleased with it?!”

Ongoing dialogue and partnership with business, professions and public bodies, designed to influence and drive governance, leadership and integrity